Great news for Honolulu!  Honolulu is the #31 City in the World and #1 in America for quality of living!

While Vienna has the top spot the world's best quality
of living, according to the Mercer 2010 Quality of
Living Survey. Zurich and Geneva follow in second and third
position.

Mercer conducts the ranking to help governments and multi-national
companies compensate employees fairly when placing them on international
assignments. The rankings are based on a point-scoring index, which
sees Vienna score 108.6 and Baghdad 14.7. Cities are ranked against New
York as the base city, with an index score of 100. 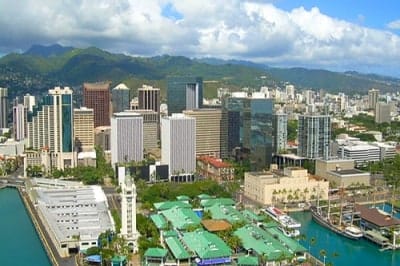 This year's ranking also ranks the cities with the best eco-ranking
based on water availability and drinkability, waste removal, quality of
sewage systems, air pollution and traffic congestion. Calgary is at the
top of this list, followed by Honolulu in second place, which puts us #1 in America!

Did you catch that?  Honolulu is the #2 city in the WORLD for Eco ranking!

â€œA high-ranking eco-city optimises its use of renewable energy sources
and generates the lowest possible quantity of pollution (air, water,
noise, etc). A city's eco-status or attitude toward sustainability can
have significant impact on the quality of living of its inhabitants.â€

Maybe it helps that our State government will give you a 35% tax credit for installing solar hot water?

In the US, Honolulu is the city with the highest quality of living,
followed by San Francisco (32) and Boston (37). Chicago and Washington
share position 45, and New York is in position 49.

This index is used by business to determine how to compensate employees, where to put them, etc. This is great news for Honolulu business, and thus, for Honolulu real estate.