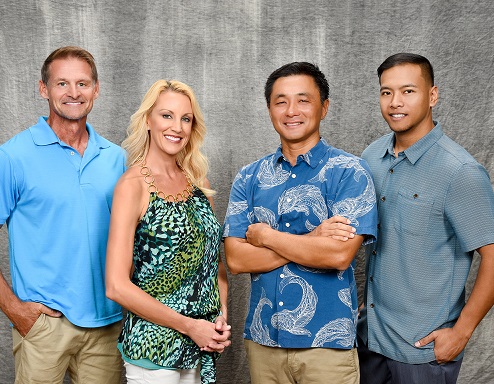 The Honolulu real estate market encompasses nearly the entire island of Oahu. Known as "The Gathering Place," Oahu is the third largest of the Hawaiian Islands, and is home to 75% of the state's population. Honolulu is the largest city in the state of Hawaii, as well as its capital city. With its fine harbors and miles of coastline, the area has become the state's political, economic, educational and cultural center.

Click to read more about Honolulu real estate or see all Honolulu homes for sale below.

Search for Honolulu Homes by Neighborhood

Honolulu is the economic center of Hawaii, and is located on the south side of Oahu. Many people confuse Honolulu for one small area which is actually called "downtown" by locals. You might hear locals say they are going into "town," which could mean a variety of things, but usually means they are going to the busy commercial areas, which are primarily the business district and Waikiki.

The areas of Honolulu that are not considered "town" are places that are more suburban like Diamond Head, Kahala, Hawaii Kai, Dowsett, Manoa, and so on. These places may have Honolulu as their address, but none of their residents will tell you they live in town.

Honolulu is a bit confusing because the entire island is considered Honolulu City and County. So, even if you're in Kailua, you're still in Honolulu. So once you move here, you might live in "town" or on "the windward side" or in Ewa Beach, but if you live anywhere on Oahu, your address could still be Honolulu.

To make things even more confusing, the "City and County of Honolulu" is a frequently used term to describe the governing body of the island of Oahu, even if you don't live in the city of Honolulu! Among locals though, none of us ever say we are in Honolulu unless we are actually downtown. Within the Honolulu real estate market, there are numerous little cities and neighborhoods, so residents will usually be pretty specific when referring to where they live.

Metro Honolulu is a large area that includes Downtown, Salt Lake, Waikiki, Punchbowl, University, Ala Moana, Chinatown, Old Pali, Punahou, Kakaako, Manoa, Pacific Heights, Nuuanu, Makiki, Mccully, and Kalihi. There are actually more, but not even locals may remember all the neighborhoods. Honolulu is a GIANT area, especially in terms of population. This is definitely the most densely occupied area of Hawaii.

If you like living in Honolulu Town, you'll be referred to as a "townie." There are hundreds of condos and single family homes in Metro Oahu, so it's important to know exactly where Honolulu condos and houses are located when you're looking at them. Prices in town are higher than along the outskirts of the island because it's far easier to commute to work when it's 5 miles instead of 20 miles. On Oahu, that difference can be everything. Sitting in traffic is one of the downsides of having a nicer, more affordable house in Aiea, Pearl City, Ewa, Kapolei, or Mililani.

30 minutes from Downtown Honolulu are some of the most beautiful locales where the rich and famous have estate homes. Oahu is truly a unique place that can be enjoyed by all kinds of people.

Oahu has everything any big city has, except for a professional sports team. But several times a year, professional teams visit us for pre-season basketball, the NFL all-stars game, and other exhibition games.

Some of the older neighborhoods, like Punahou, Manoa, and Old Pali have beautiful mature trees and old style charm, which can be great if it's well taken care of. Unless you know what you're looking for and where you're going though, it's unlikely that you would ever find any of these neighborhoods. That's why you need someone local to help you in your Honolulu property search.

There are about a million condominiums in Downtown Honolulu, or at least it seems that way. For people who like the hustle and bustle of city life, this area is the place to be. Unlike New York, you'll probably feel safe in most areas, and there are plenty of ways to get away from people just by hopping on the freeway or the Pali highway. Most Downtown Honolulu condos offer beautiful ocean views. You can see Diamond Head off in the distance, or watch the surfers catching waves.

Enjoy Manoa living at its finest. This newly built/renovated exquisite 4 bedroom/5 full bathroom modern style home plus a bonus detached maids quarters is sure to make yo...

Turn-key remodeled 3-bedroom 3.5-bath corner-end unit at Waikiki's premier luxury residence 'The Watermark.' Feels like a house in the sky with ocean and sunset views. Be...

Stunning unobstructed views, it feels surrounded by the Pacific Ocean. Enjoy sunrise from Diamond Head in the morning and sunset over the sea in the evening from the spac...

Presenting ONE Ala Moana #1505, a resort-style 2 bedroom, 2 bath ocean view luxury residence in the heart of Honolulu. Enjoy stunning, direct Pacific Ocean & Ala Moana Be...

Come & view this corner Penthouse suite and be dazzled by its views from ocean, city to mountains. Modern furnishings in this 2 bed, 2 bath with floor to ceiling windows...

Enjoy First Class Service and a Five Star Trump Tower International Hotel Waikiki. OCEAN VIEW and beautiful sunset from the lanai on the famous Fort DeRussy side and dire...

Highly sought-after hotel condominium in Waikiki and located right across Kuhio Beach. Waikiki Beach Tower consists of only 4 units per floor and separated elevators to ...

Based on information from the Multiple Listing Service of Hicentral MLS, Ltd. Listings last updated on . Information is deemed reliable but not guaranteed. Copyright: 2022 by HiCentral MLS, Ltd. IDX information is provided exclusively for consumers' personal, non-commercial use. It may not be used for any purpose other than to identify prospective properties consumers may be interested in purchasing.