Which Hawaiian Island Should You Live On?

The answer will depend a lot on what kind of life you want to live and what kind of working situation you expect. Every region is a little different. 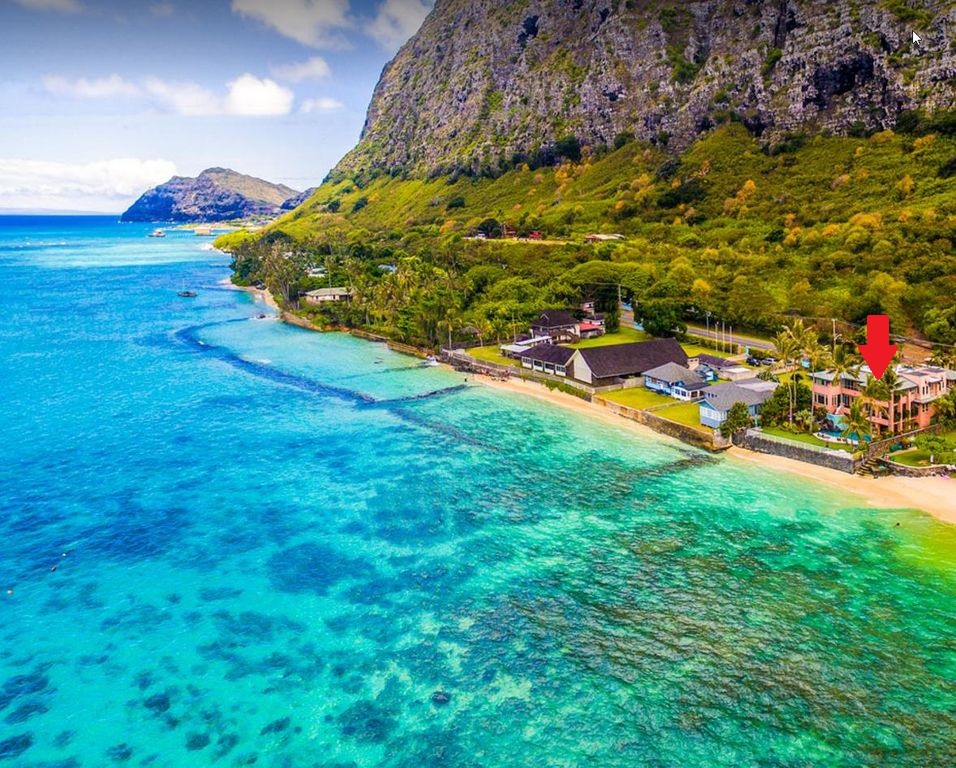 In general, Oahu and Maui are the most expensive with homes starting at about $800,000 and going as high as $20 million.  The average “nice” house will be $1.5 million in many areas. After that, Kauai and the Big Island will be a little less.  If $400,000 is your max, you will find yourself in a rural area of the Big Island with few to no amenities nearby.

We have dozens of microclimates on all of the islands. You can be one mile from rain and not even know it because you’re on the other side of a mountain. We will go into detail below, but be aware that each town will most likely be different. Thankfully, if it’s rainy at home, you probably don’t have to travel far to get some sun.

Each island has its own dynamic. No matter which Hawaiian Island you want to move to, spend some time there to understand it. Even if you try to check with friends in Hawaii, locals to one island may not know much about or have even traveled to another.

If you're not sure on which island to move to, O’ahu is your safest bet. It is the most developed and populated island with the most variety of job opportunities. It is busier and more modern than the outer islands. There is a lot of retail, construction, government and large corporations.  O’ahu also has the most nightlife and widest range of food options.

Having more to do also means more traffic, more crowds and more issues (like homelessness and crime.) Still, O’ahu is a safer place than many cities on the Mainland. Just like any state, it depends on the neighborhood you’re in.

Kane’ohe on the Windward side (eastern coast) of Oahu is windy, cool and rainy  .For about $1.2 to $3 million you can get a nice house in Kane’ohe, Hawaii Kai, or Kailua.  You can spend a little less and go to warmer, dryer and more crowded Kapolei, Ewa Beach or Waikele. In Central Oahu, Mililani and Wahiawa can cost about $900,000 for a nice house. Mililani and Wahiawa are also known for their cooler, rainier weather.  All of these neighborhoods offer parks, schools, good housing, shopping and hospitals.  One of the main issues is the drive to town. (We call Honolulu, “town.”)

While home prices are expensive, Oahu could be considered cheaper because 90% of goods are shipped here.  Goods destined for outer islands will most likely stop on Oahu first, adding another leg of shipping cost.

Jobs on Maui are predominantly in tourism and construction.  Maui could be the ultimate island for you if you have the money to fly to Oahu often. Being retired, financially independent or able to work from home would allow you the ability to enjoy Maui’s laid back style and yet travel to Oahu for shopping and nightlife.  Typical fares are between $100 and $200 for interisland flights. 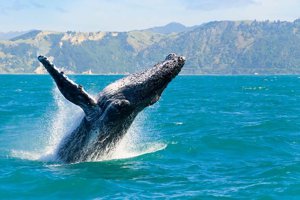 Maui is larger than Oahu and yet it only has about 1/10th of the people.  Maui is becoming increasingly commercialized but still has a lot to offer as far as outdoor recreation is concerned.  Maui provides a happy medium between the city life of Oahu and the laid-back lifestyles of Kauai and the Big Island.  There may be less to do but there are also less crowds to distract from the beautiful scenery.

Maui is the windiest island in the chain and has more diverse geography than Oahu. Central Maui can be muggy with rainfall and humidity.  Towns there include Kahului and Wailuku.  The Leeward (west/southwest) side of the island - Kihei, Wailea, Makene, Lahaina, Kaanapali and Kapalua - is drier.  The Windward (east/northeast) part of Maui - Paia, Haiku, Keanae, Hana and Kipahulu - has heavier rainfall and northeast trade winds.  Upcountry Maui with the main mountain, Haleakala, provides milder temperatures during the day and chilly nights.

Kauai is probably what you picture Hawaii as being like if you’ve never visited the islands.  The geography and small-town feel can make you imagine living there for the rest of your life.  But it isn’t a match for what most people want long-term.  The lifestyle on Kauai is pretty wonderful for families.  The island is safe and schools are good. Health care options are good as well.

Shopping stores are limited although there is a Costco. Be aware that there is only one main road - Kuhio Highway.  To get around the island means you have to be very patient while driving.  Kalaheo to Kapaa, while only 20 miles away, can take almost an hour.  Kauai’s economy is primarily fueled by tourism and civil-related jobs.  The population is only around 70,000.  Most homes are along the coast as the bulk of the interior of the island is highland swamp and impassable terrain.  That said, Kauai is home to both a “grand canyon”  and several, lush Botanical Gardens.

If you were wondering why Hawai’i Island is called the “Big Island,” it’s because it is enormous in comparison to any of the other islands - over 4,000 square miles. The population here is the second-highest in the state, but when you consider how spread out everyone is, it feels more like Kauai than Maui or Oahu.  It is the youngest island and twice as big as the rest of the Hawaiian Island combined.  It is also the most geographically diverse with active volcanoes, mountains reaching 14,000 feet high, tropical rainforests and waterfalls.  Eleven of the world’s thirteen sub-climates can be found here.

While the Big Island features the lowest housing prices, jobs can be hard to come by.  You’ll make a softer landing there if you are able to secure a job before you arrive.  Tourism is the main source of jobs on the big Island, followed by agriculture and civil-related jobs.  The Big Island produces macadamia nuts, coffee, tropical flowers and fruits.  If you’re looking for a non-traditional lifestyle, you’ll find kindred spirits among residents who live off the land or work in agricultural communes.

Prospective buyers will find that the Big Island has lower home prices with much more land available. However the varying weather and lack of infrastructure in some areas could be a challenge for the non-adventurous home buyer.  There is a highway that covers most of the perimeter of the island and a highway connecting the two main cities on the Big Island - Hilo on the east and Kona on the west.  Traffic can be a problem during rush hour. 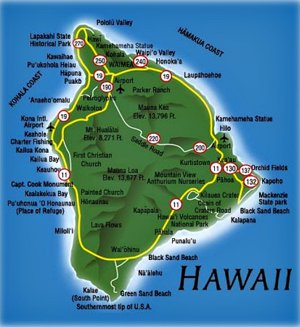 If you prefer the solitude of the countryside and want to get “off the grid,” Hawi and Kapaau are about as remote as you can get on the Big Island.  North Kohala is situated on the North West tip of the island.  If you’re looking for a real escape amidst rolling green plains, agriculture, and stunning coastline, you’ll find it here.  Many people looking for “green” alternative living have moved to this part of the world to grow their own produce and enjoy freedom, proximity to the great outdoors and climate that the Big Island can provide.

Hilo makes up about a third of the island’s population.  It is also the oldest city.  Hilo is for those that love nature, quiet, and that can deal with the rain.  It is rather private and simple, reminding us of the Hawaii of long ago.

Hilo can get over 125 inches of rain per year on average but most of the rain falls at night.  Downpours during the day are typically brief and interspersed with sunshine.  Rain does lead to Hilo being the greenest part of the island.

The terrain of Kailua-Kona is dry and rugged. It is also not very windy, offering mild waters for swimming and snorkeling. This side of the island is the focus for tourists to the Big Island.  Kailua-Kona gets a lot of sunshine - more than anywhere else in Hawaii.  As a result, this area is built up much more than Hilo, with many things to do.  Vog does affect this area of the island. Vog is the volcanic emissions of sulfur dioxide and other volcanic gasses from the active volcano.  If you have respiratory problems, it is not recommended to live on the leeward side of the Big Island.  Also, there is no cardiac unit on the Big Island.

Kailua-Kona offers a slow pace of life with lots of charming options for shopping, dining, and entertainment.  The open air farmers market and “main drag” along the waterfront are certainly highlights, along with little gems of art galleries.  If you don’t mind a “holiday feel” all year round, and prefer to stay close to a larger community, Kailua-Kona is a great option when you’re searching for the best places to live in Hawaii.   Keauhou, just south of Kailua-Kona, has higher end properties, golf courses, adjacency to the ocean - all just a mile away from grocery stores, a cinema, restaurants and sublime beaches.