The Best and Worst of Living in Hawaii

Living in Hawaii for most mainlanders is kind of like living in a different country. In some ways it's wonderful, and in other ways it's terrible. Owning a home in Hawaii is like a dream for many, but like any other place on earth, Hawaii isn't perfect. We call it paradise, but that's really more about the land, ocean, and the beauty of nature in our tropical climate.

If you're thinking about buying Hawaii real estate, then you've come to the right place.  I won't pretend it's going to be all sunny days and perfect waves, but I can help you understand where the best places to invest and live are on Oahu, and which areas have higher crime. Some parts of Oahu appreciate in price faster than others, and some parts are probably always going to be run down.  You need to understand that Hawaii is still the real world, but maybe one of the best parts of the world. 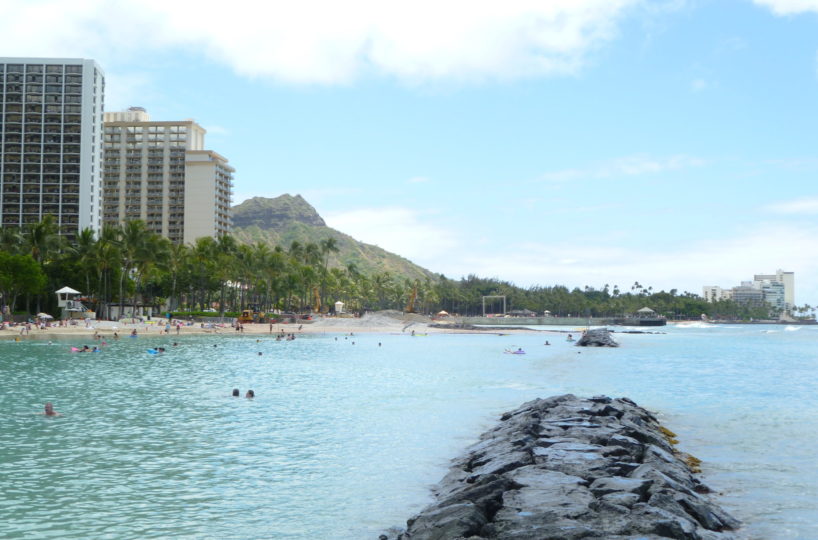 Here are the Best Things about Living in Hawaii

The ocean is everywhere, and we get in it a lot. Scuba, snorkel, surf, spearfish, water ski, you name it, we do it. And the water is about 75 degrees all year long. The best beaches are on the north shore at Sunset beach and Waimea, but those beaches have giant waves in the winter, so when the surf is big and you just want to go to a beach without waves, go to Kailua or Lanikai. The white sand is beautiful.

Even if you never surf, you can paddle on a kayak or a canoe, get in a boat, swim, or just sit on the beach.  People save their money for years to come sit on our beaches for a week.  We work all week and enjoy the beach in the afternoons.  Our family does in fact go the beach almost everyday - at least the surfers in our family do.

The surf. Most of Hawaii's surf is on the north shore, but the south side has Ala Moana, Kewalo's, and a bunch of spots I won't mention, because we like to keep the crowds down. Oahu has the best surf in the world at Pipeline, Off the Wall, and Waimea bay.  Even if you're not into the surf, you will still enjoy those beaches with their wide clean sand, and calm water in the summer.

The mountains on Oahu are beautiful and fun to hike. The Koolau Mountain Range is truly beautiful and has been featured in many movies and print ads. From Kailua, you get an amazing view of the Koolaus just about all the time. There are other areas to hike, but Kailua is a favorite.  If you go to the North Shore, you can hike Pupukea, and on the South side, you can hike Makapuu or Diamond Head.  Hikers love Oahu for its dozens of lesser know trails.  Please stay on marked trails - hikers get lost when they don't, and sometimes get really hurt or lost.

The Aloha. Hard to describe, but it's the lifestyle, the friendliness, the kindness that Hawaii residents show to each other (usually.)  People are generally nicer, though it might take longer to get close.  Like anywhere, we have our criminals and druggies, but you probably won't run into those people unless you're looking for them.

The pace. Life in Hawaii is slower than the mainland, though Oahu has a faster pace than neighboring islands, and downtown Honolulu has about the same energy as any other big city.

Hawaii is warm. All winter it's about 70-80 degrees, and mostly sunny. I never need a jacket, and you can be outside almost every single day.

It's a tropical paradise, but it's still America, so you have most of the creature comforts.

Now, the worst things about living in Hawaii: 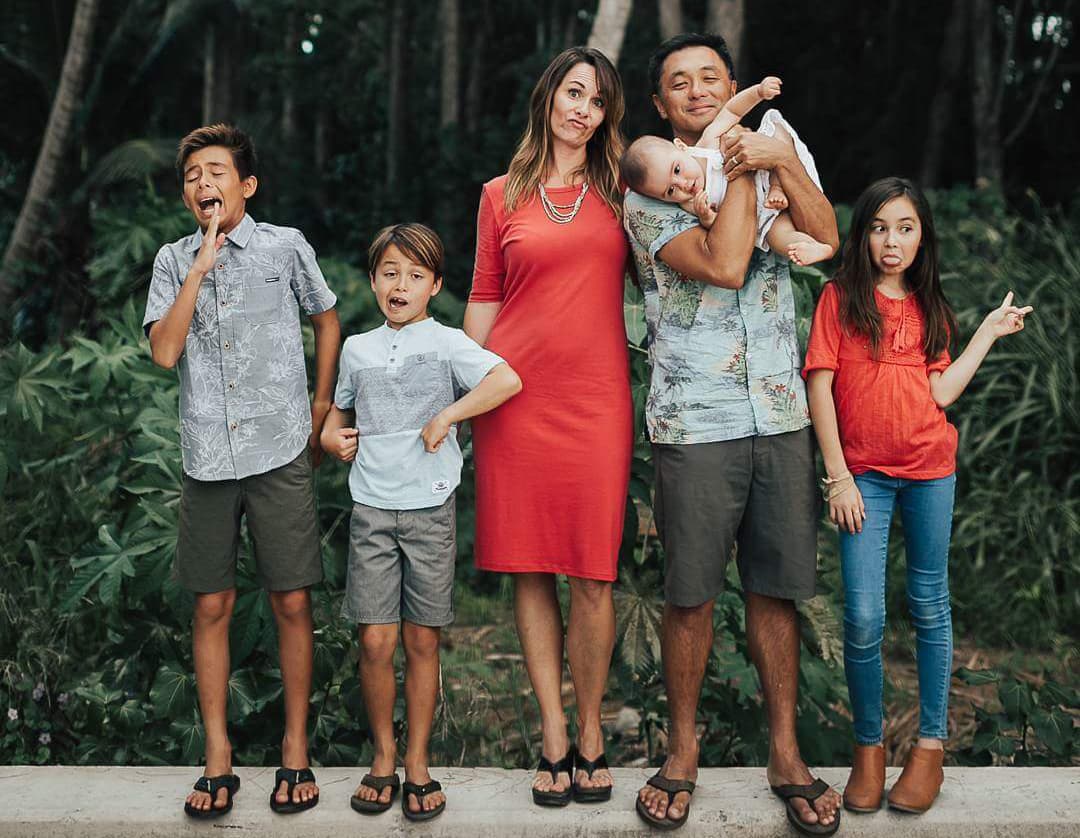 The pace of life in Hawaii is slower. Sometimes it's a little too slow and it gets to mainlanders. However, the pace in downtown Honolulu is a lot faster than in areas like Haleiwa or Kailua. You'll find that you can have whatever pace you like, depending on where you choose to buy real estate on Oahu. That's why it's important to have someone with local knowledge to help you choose the right neighborhood for you.

The beaurocracy. The government seems to have a very slow hand in a lot things. For instance, there is only one place on the island you can get a driver's license transferred from out of state, and the line is usually 3 hours long. If you're building a new house or adding on, you might have to drive all over Oahu to get your building permits.

Oahu is kind of small. Some people start to get rock fever after a couple years. If you get off the island a couple times a year, that helps a lot, but if you sit in Kailua and never even drive over to town, you could go crazy. I recommend driving around the entire island every now and then, because it will show you how big it really is. Oahu is a lot bigger than most towns located on the mainland.

Sometimes it's hard to get things because Oahu is an island. Shipping things here from the mainland costs more money than you may be used to paying. Fortunately we have Costco, Walmart, Target, Sam's Club, Circuit City, Best Buy, and just about every big mainland chain store you can think of.

Its far. Everything is farther from the most remote island chain on Earth.  To get anywhere from Hawaii, you probably can't get a direct flight, except to major cities like LA, Houston, NY, Tokyo, or Sydney. If you need to get to Bozeman Montana, where my in-laws live, you will have to take at least 3 flights.  Europe might be 4 flights, depending on the country. We once flew from Honolulu to New York, then to London, then to Spain.  It took about 3000 hours of travel to reach Spain. When we got there, Spain was closed.

We have more mold, rust, mildew, oxidation, dry rot, termites, and cockroaches. We have more of these things, because the wind is always blowing the salty sea air into your house, and bugs love tropical climates. One thing though that you'll hardly ever see here is mosquitoes. We have surprisingly few of them.

Rain. Sometimes it will start raining for a few minutes on a very sunny day, while other times there are sunny breaks between downpours. There is less rain in Kapolei and Ewa beach, and more rain in Kailua and Kaneohe. The most rain on the island is right in Manoa valley.

It's hot.  No it's not Africa hot, or even Florida hot, but it's hot. I said it's warm above, but if you like cool weather like I do, sometimes the hottest months like August through October are tough. But that's why we have AC, and at night it's almost always very pleasant.

The Cost.  Everything costs more. Milk is $6 a gallon instead of $3. Anything heavy can be 10% more because of shipping.  Houses are expensive of course, with a median price around $800k as of 2018.

I'm sure I could keep going, but you get the idea. It's wonderful in some ways, and difficult in others. The things you deal with to live in paradise are fine for most, but too much for others. My bike is rusted, but hey, I live in Hawaii!

Contact AlohaTony for personalized assistance, or browse our Hawaii MLS listings to see all available properties.